Especially if you run a small business Instagram account, by now you’ve heard of “shadow banning” on Instagram. If you randomly lost a bunch of followers, your engagement dramatically dropped, or you can’t see your posts in hashtag results, you might wonder if you’re shadow banned by Instagram.

Even though, at this point, we all know that shadow banning is real, Instagram states that it does not engage in shadow banning. What does this mean for you?

Let’s get down to business and chat about shadow banning and what you can do to avoid it.

What is Shadow Banning?

If your content is being ‘blocked’ and you haven’t been officially notified that’s happening, that’s shadow banning.

Some users believe that if your account is shadow banned, your content won’t show up anywhere, except for those users that are already followers of your account.

Clearly, this drastically reduces your reach on Instagram. Your engagement numbers are going to go down. You might lose followers. Needless to say, if you’re a business owner, this can negatively impact your business.

Reading Between the Lines

Getting straight to the point, while Instagram head Adam Mosseri might not use the phrase “shadow ban”, this doesn’t mean what users mean by shadow banning doesn’t happen. In fact, Instagram for Business has posted content referencing what might cause you to be shadow banned (without ever using the term).

Instagram has also posted about hashtag functionality and stated that not all content will be post under that hashtag. Mosseri has commented several times with general verbiage about “interest”, “spam”, and “abuse”. So while Instagram doesn’t place a definition on it the way users do, shadow banning does happen.

There are a few standard reasons your account may have been shadow banned:

A lot of people don’t know it, but there’s a limit to how many “actions” you can take on Instagram each day. This is further broken down by an hourly limit and includes the number of accounts you follow/unfollow, the number of posts you like, and the number of comments you post, among other things.

How Do You Know?

The only tried-and-true way to check a possible shadow ban is to create a new post and use your favorite or regular hashtags in the caption and/or the first comment. Next, ask someone you trust to temporarily unfollow you. Search for the hashtags and see if your post appears in the results. If your post doesn’t show up anywhere, you might be shadow banned.

How to Avoid a Shadow Ban

The debate about whether or not Instagram – or Instagram’s ever-changing algorithms – actively engages in shadow banning will rage on no matter what I say in this post. So, if you do believe Instagram shadow bans or that some version of it exists, what can you do to avoid it? Here are some best practices for being on Instagram (or any social media platform, for that matter):

Instagram doesn’t see shadow banning the way its users do. Instagram explains that they uphold their terms of use (which they should) to attempt to keep it clean-ish and free from abuse.

Even though Instagram won’t acknowledge shadow banning as business practice, the actions that comprise this term for users are happening. Unfortunately, a lot of innocent users have also been the victim of it. Being shadow banned is frustrating and can be harmful to you if you use Instagram as part of a larger income-generating strategy. You want to avoid it! 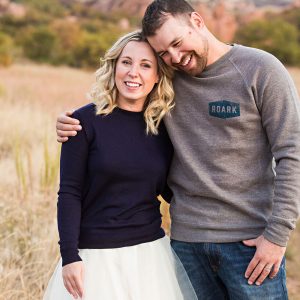 I’m Katie. Adventuring through Colorado with my family or creating for clients, here is where I share the love and joy of my life and livelihood. Apart from writing, I happily reside in the Denver area with my husband Tim, our two children, and our two dogs. Together we enjoy trying new local experiences, hosting family and friends, and making unforgettable memories. Read More!

How to Politely Say No to Video Calls